HOW will COVID-19 Impact the Real Estate Market? 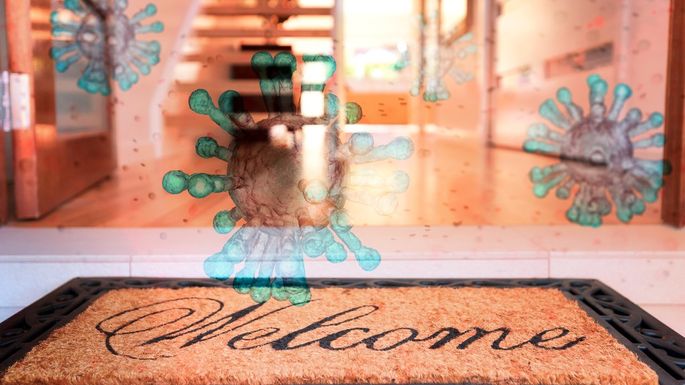 Kids furloughed from school, bars and restaurants closed, and people told to stay at home except for essential errands—the coronavirus pandemic has already upended life as most Americans know it. Now it’s expected to turn the typically busy spring home-buying season on its head as well.

Despite the extremely low mortgage interest rates, the nation could be in for a rocky home-buying season. A recession triggered by COVID-19 appears to be on the way, and the stock market has plummeted, giving many buyers pause. There are also likely to be fewer homes on the market, longer closing times, and plenty of unanticipated delays in the coming weeks, say experts.

“I don’t think we’re going to have the spring boom that we have every year,” says national real estate appraiser Jonathan Miller. “It’s reasonable to assume that people will shift from the drive to save money with lower rates … [to protecting their] personal safety.”

It’s also not yet clear if the recent actions by President Donald Trump, Congress, and the Federal Reserve will stimulate the economy enough to stave off a prolonged downturn. The Federal Reserve slashed its short-term interest rates to between 0% and 0.25% and promised to buy billions of dollars of Treasury bonds and mortgage-backed securities in a bid to buoy the economy.

The president and lawmakers are also weighing a variety of plans to help the economy. Still, they might not be enough to turn the spring market around.

“This was shaping up to be a fairly competitive home-buying season, and that may not be the case” now, says realtor.com’s chief econnomist, Danielle Hale. “It doesn’t mean that we won’t still see sales. But I would expect fewer crowds at open houses. I would expect more shopping online.”

Hale doesn’t believe home prices will nosedive, as they did about a decade ago. That’s because during the previous financial crisis, there were more homes available than there were buyers. Today, there is a severe housing shortage, and even now there are many more eager buyers than reasonably priced properties for sale.

Some real estate markets will be harder-hit than others

The problem is that just about everything is uncertain, with the news changing by the minute. California has several of the hottest markets in the country, but with the entire state under order to shelter in place as of March 19, home sales are certain to slow.

Going to a home showing is probably not considered an “essential outing” under the order. Sellers could pull homes off the market, closings could be delayed. And more big cities and smaller communities could find themselves in similar situations.

“It’s probably going to be very different in every market,” says Hale. “I would expect bigger impacts in areas that have seen the greatest numbers of the virus. People are more likely to stay home in those areas.”

In badly affected areas, sellers are beginning to pull their properties off the market. Others likely won’t list their homes until the crisis wanes. At least one multiple listing service, based in the Seattle area, is no longer advertising open houses. And many buyers are canceling showings.

“Do you want 20 people walking through your open house?” asks appraiser Miller. “Do you want to go into a stranger’s house?”

Some buyers are worried about contracting the COV-19 virus. Others are hesitant to deplete their life savings and lock themselves into a 30-year loan with a potential recession on the horizon. And many are concerned about both.

Coldwell Banker agent Danielle Schlesier says she is virtually showing homes around the Boston suburb of Brookline, MA, to eliminate person-to-person contact. She’ll do FaceTime tours with her clients while inside a home for sale, and shoot videos.

The upside is that there isn’t expected to be as much competition from home shoppers.

“They can negotiate for better prices,” says Lawrence Yun, chief economist of the National Association of Realtors®. “And of course, mortgage rates are exceptionally low.”

Closings could take longer this spring

Low mortgage interest rates have also spurred a refinancing boom from homeowners seeking to lower their monthly payments. Lenders are inundated. And that could slow down the mortgage approval process for first-time and other home buyers.

With all of that business, lenders might issue loans to only the most qualified among them, says Elysia Stobbe, author of “How to Get Approved for the Best Mortgage Without Sticking a Fork in Your Eye.”

“It’s crazy,” she says. “Everything is slowing down” when it comes to loan processing times.

Other in-person services, such as home inspections and appraisals, could also cause delays in home buying. Some worried sellers, inspectors, and appraisers have canceled or delayed these services.

“The uncertainty doesn’t change people’s long-term desire to own a home,” says Hale. “They may not be brave enough to jump in and submit an offer now, given all the uncertainty. But they’ll still be looking.”

Clare Trapasso is the senior news editor of realtor.com and an adjunct journalism professor at St. John’s University. She previously wrote for a Financial Times publication, the New York Daily News, and the Associated Press. She is also a licensed real estate agent with R New York. Contact her at clare.trapasso@realtor.com.

more Real Estate News from the #1 Source in the USA!

Please provide your name and email

Thank you for contacting us, we'll get back to you shortly.

Sorry, we are unable to send your message at the moment. Please try again later.